Wealth: How to earn and How to spend….


Wealth: How to earn and How to spend…. 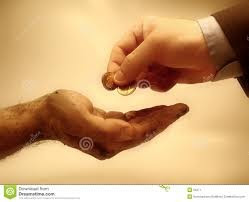 Many people claim to live without money. But let me tell you one thing. “You can’t!”
Like we need food to eat, water to drink and air to breathe, we also need money to live. Money is one of the basic necessities of life. It is used as a medium of exchange for goods or services.
When we talk about wealth or Rizq in Islam, we mostly refer to money related matters. For a teenager, one might consider the matter to be reserved for adults. We might back off saying that, we are too young; we don’t earn money so why should we care about it. But if you take a look into the matter, you may come across many rulings on what Islam says about money.

Rizq
To start with let’s think about Rizq. Most of us are familiar with the word Rizq. We hear it day in and day out but never stop to ponder on its meaning. People mistake Rizq to be wealth. But in reality it is more than that. In a simple sense, Rizq refers to sustenance. Anything provided to us by Allah, whether it is in the form of money, good food, a family or even blessings like particular talent or so, is Rizq.
One of the biggest problems faced by man since centuries is the desire to earn money. And the peculiar thing about it is, no matter how much you earn, you still aren’t satisfied. The usual routine goes on like this,
Today he thinks of a cycle. Tomorrow he thinks about a bike. The next day he wants a car.The day after he desires a plane. And if it was possible he would even think about a rocket. That’s how desires work. Though the heart might cease to stop beating, but desires won’t.
Now we all know that Zakah is a pillar of Islam. It is fardh to give a part of our savings to charity. Zakah also has a ruling that it is obligatory for a person who earns to give money. Now we as teens may think that we are exempted from this fardh for the time being. But let me ask you one thing; is it necessary for a person to be of an appropriate age to give? Why not start now so that it may become a habit. There is a thing called sadaqah which you can do. It can be in the form of anything, like helping your mom in household, showing gratitude to people, obeying your parents, participating in social work, even a smile can be a form of sadaqah.

Remember you are never too young to give!

Niyyah or intention of giving.

While you are spending in the way of Allah do remember that, it for Allah’s sake. Some people spend money to be looked upon by the people as a generous person. We see a lot of film stars donating money to charities and foundations, the first thing that goes into our mind when we see it ,

The news flash worldwide, people recognize him as a kind and great person.
But when the same kind of charity is done by a beggar somewhere in the corner of a dump, He shares his food with a dog, even though he hasn’t eaten for days. Does someone acknowledge him? People won’t but Allah will. He is the All Knower, The All-seeing, and whatever deed is done by the person will be accounted on the Day of Judgment, no matter how small it is.
And the Quran says, No small deed even the weight of an atom will go in waste.
If you take both of the contributions of the film star and the bigger and compare them, you will find the beggar’s contribution to be higher. How come so?
The beggar’s intention was pure and his act was for Allah’s sake, while the film star’s intention was nothing but to earn fame.
It is said that, give charity in such a way that the left hand doesn’t know what the right hand gives.
At the same time one must not practice miserliness in giving.
Remember The more you give the more you get.

Islam also forbade another kind of Riba, namely Riba-Al-Fadl, which means adding to the amount when exchanging one item for another of the same type. the items or goods should of the same quality . You shouldn’t give inferior goods in exchange for superior goods.

Debt repayment is VERY important in Islam. The Prophet Muhammad (peace upon him) said, “The best among you are those best in paying off debt” (reported by Muslim) and “procrastination (delay) in repaying debts by a wealthy person is injustice” (reported by Bukhari).

Another hadith states “Whoever contracts a debt intending to repay it, Allah will repay it on his behalf, and whoever contracts a debt intending to waste it, Allah will bring him to ruin” (reported by Bukhari).
This hadith emphasizes that those contracting debt with the intention to repay will be granted the means to do so. However, at the same time it warns against acquiring debt that one does not have the means or intention to repay.

Saadaan says: I asked Imam Sadiq (a.s.): What strengthens the Faith of man? He replied: Piety. And what drives man out of religion? He said: Greed.
Amirul Mo-mineen (a.s.) has, reportedly, said: One who approached a wealthy man just for the sake of his wealth and thereby, gives him respect loses two-third of his religion

Allah has provided wealth to spend . If a person stores it for a specific reason , then it is permissible for him to do so, as long as he fulfills all the needs of his family. But if he doesn’t fulfill the needs of his family and gathers more and spends less, then it is not permissible.
The Prophet, peace upon him, mentioned, “When Allah created the Garden of Eden He created in it what no eye has seen, what no ear has heard, and when no heart has imagined.

It said, ‘The believers will succeed [in attaining me].’

Another case of spending money is when the person spends more than needed  in other words extravagant spending.
Israaf means going too far and exceeding the limit .Any action which an individual performs which exceeds the limits is considered as being Israaf'. Based upon this, it is clear that Israaf does not only relate to food and drink or even to financial matters alone; it is much more comprehensive in meaning. It can also be stated that israaf can relate to any excess in behavior, emotions, or spirit; it can also relate to any excess in ethical, cultural, or social characteristics.

In the end the question revolves and comes to us,

If yes, then Alhamdulillah you are going in the right direction. If no, then start now. Beginnings are always the hardest, but if you push yourself a little, make a good intention, and set a goal, and then Inshallah you will surely achieve it. Sometimes you think that trying is a waste if the goal is impossible to reach, but let me tell you one thing , Allah blesses those who try the hardest even if they know that it will take eternity for them to reach that goal.

You Never Know Which Good Deed Is Your Ticket To Jannah!

Jazakallah for reading and do comment. We value your opinion.
Posted by Unknown at 9:20 PM